After you connect Zendesk as a source service, you can customize your Zendesk and Wunderlist integration exactly the way you want. First, navigate to the page where you can change settings: 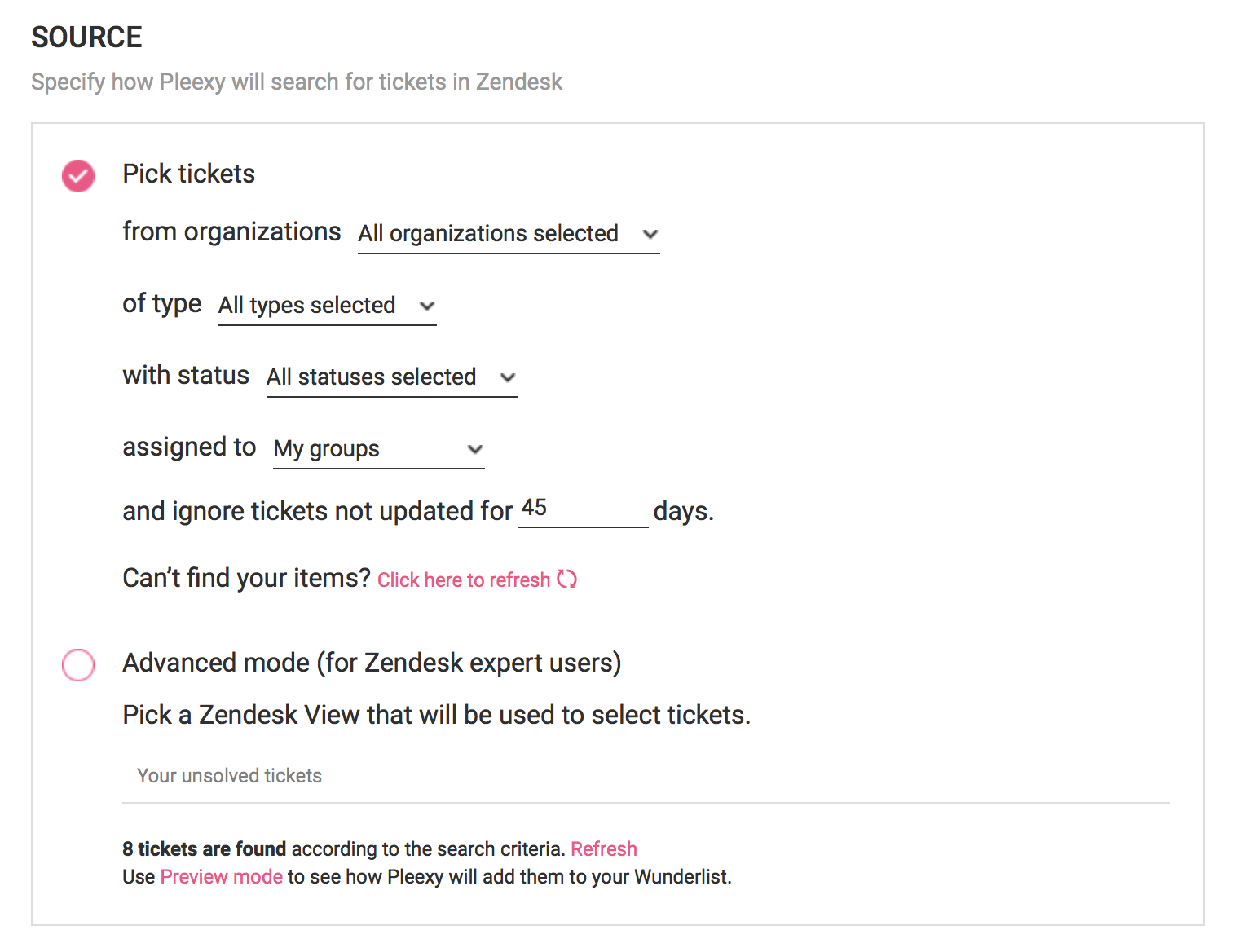 Source settings let you configure how Pleexy searches for tickets in Zendesk. You have two options: Pick tickets or Advanced mode.

Pick tickets allows you to filter tickets by organizations, type, statuses, assigned to, and last update.

Pleexy combines your settings for these five filters. For example, if you select the organization "Project X Support," select "problem" tickets with "pending" status, specify your own tickets, and enter 30 days, Pleexy will search for tickets that meet all five requirements:

Advanced mode is for expert Zendesk users who want to use pre-defined Zendesk views. You can use the advanced views you have set up in Zendesk to tailor which tickets Pleexy creates as tasks in your Wunderlist.

Destination settings define how Pleexy creates tasks in your Wunderlist. Click the drop-down menu to select the Wunderlist project to use.

Note: If you want Pleexy to create tasks in a new Wunderlist project, log in to your Wunderlist and create the new project there. Back in your Pleexy settings, in the project drop-down menu, click Refresh to update the list of projects. 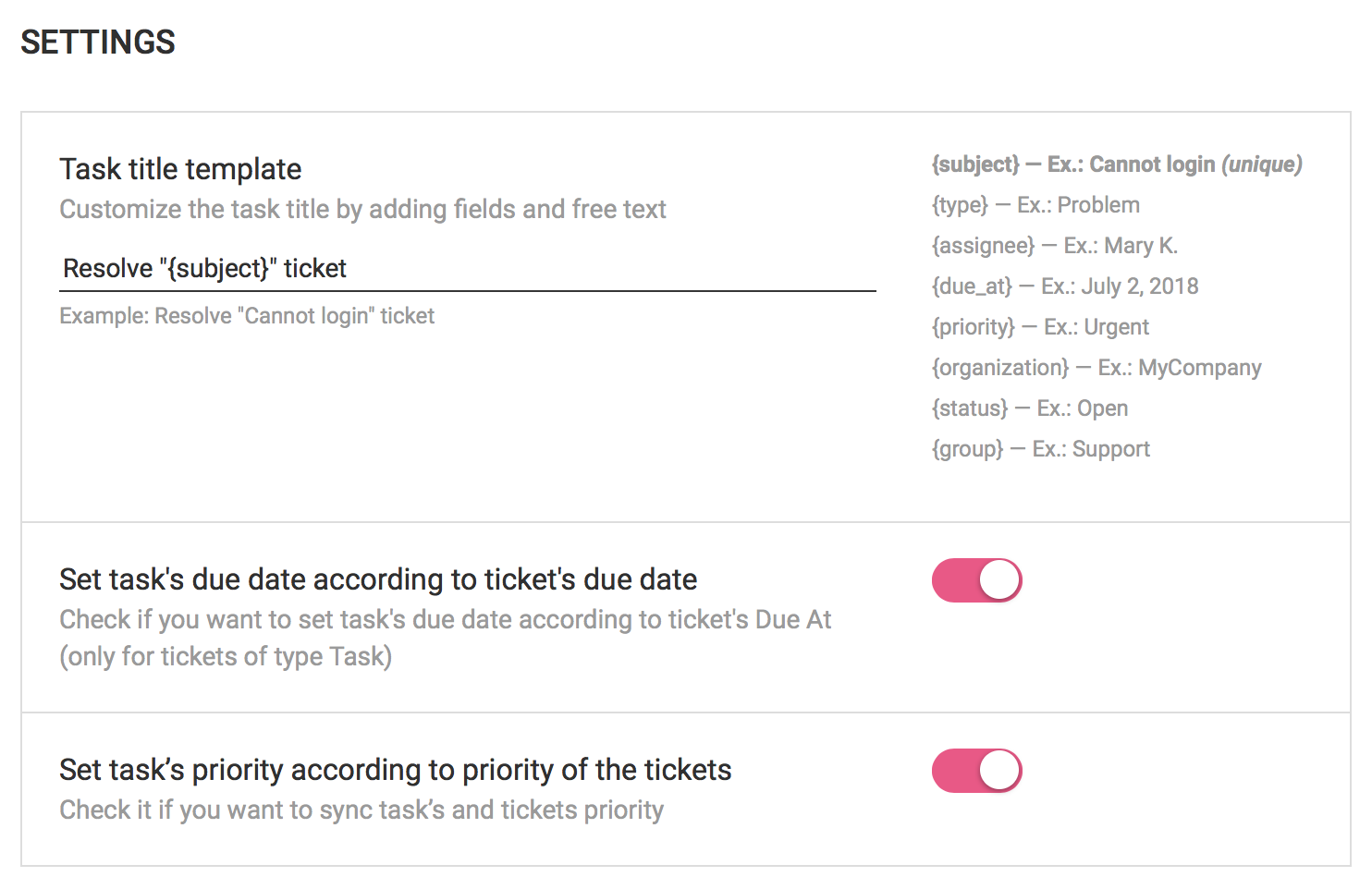 In the Task settings, you can specify how Pleexy creates, names, and synchronizes tasks and task attributes.

Next, you can toggle-on two synchronization options: 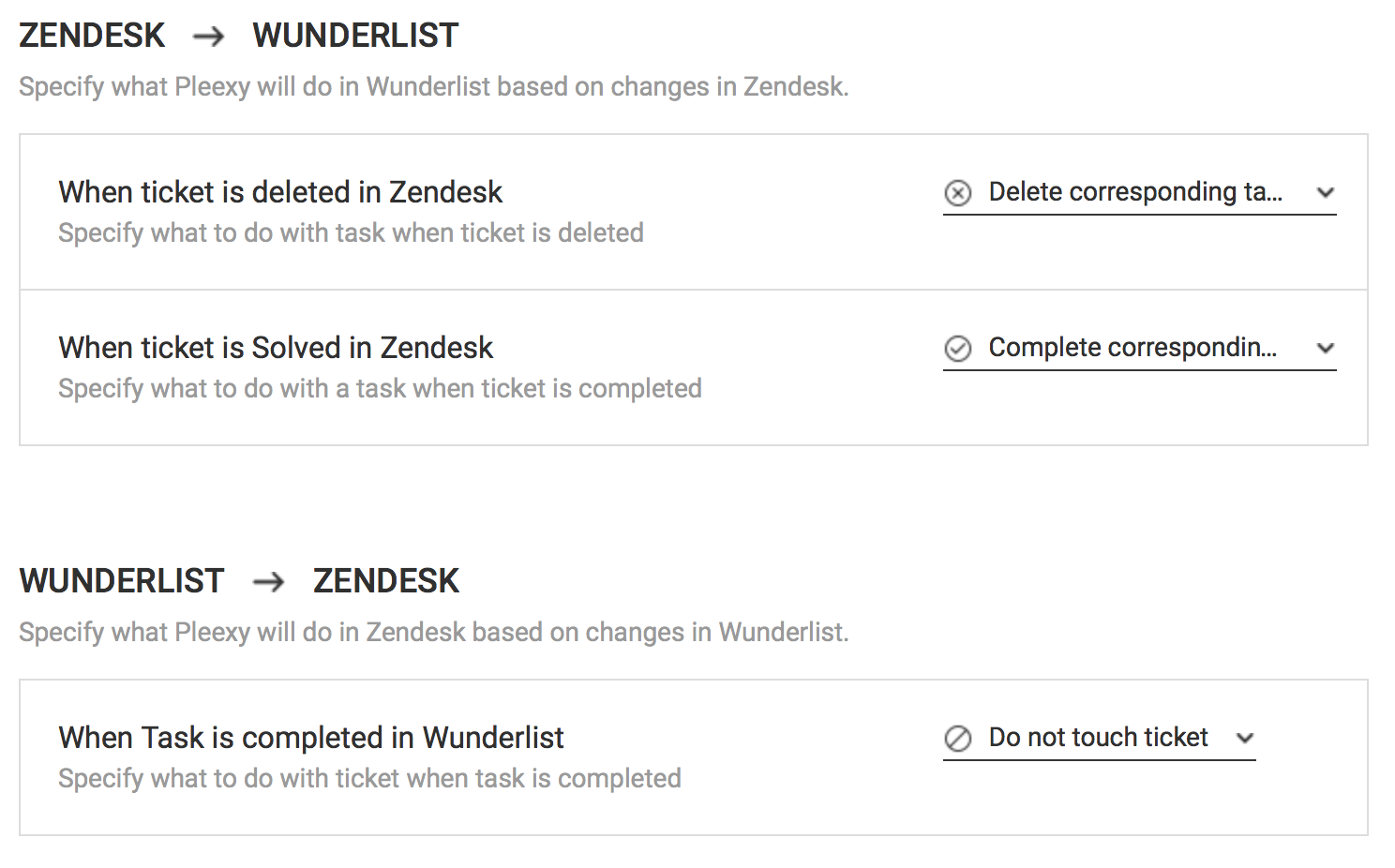 Actions settings let you control what Pleexy will do when you change, complete, or delete tickets in Zendesk or tasks in Wunderlist: on both sides of the integration.

First, tell Pleexy what should happen in Wunderlist when you delete a ticket in Zendesk. Click the drop-down to select one option:

Second, specify what should happen in Wunderlist when you solve a ticket in Zendesk. Click the drop-down menu to select one option:

Third, tell Pleexy what should happen in Zendesk when you complete a task in Wunderlist. Click the drop-down menu to select one option:

Now you know all about your options for integrating Zendesk with your Wunderlist! Remember to scroll down and click Save changes when you’re finished customizing.